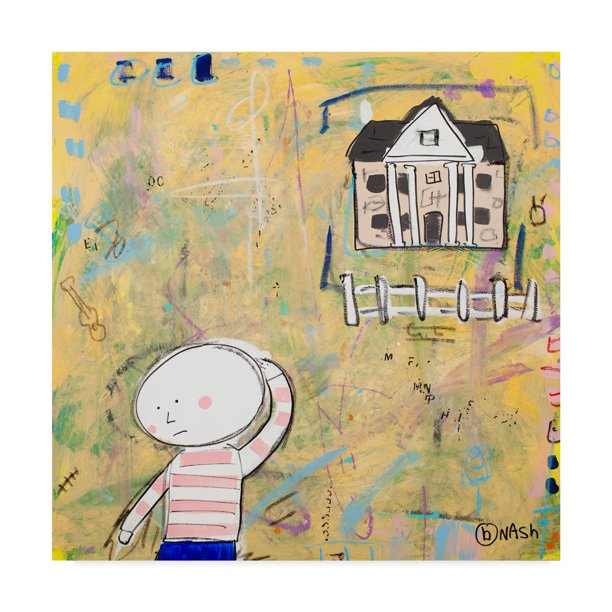 Were I to ask for one thing you know about Nicodemus in the Gospel of John, likely you would recall he was the Pharisee who went to visit Jesus at night. More than that you might say he chose to go in the dark as he was afraid of being found out by his fellow Pharisees. Further, you might remember it was to a completely perplexed Nicodemus that Jesus said, “You must be born again.” The general impression of Nicodemus has always been that of a man fearful of the consequences of his interest in Jesus and, other than the encounter being the source of the most famous verse in the New Testament (John 3:16), he is a picture of a timid teacher surfacing for a moment as a device for Jesus teaching us about new birth and God’s love for the world.

It was Bryan Stevenson who said, “I believe that each person is more than the worst thing they've ever done.” I would rephrase that to say Nicodemus should not be remembered for our impression we have after the first time we meet him. He is far more than that. It is too easy to overlook the two other times he appears in that same gospel.

Years later, it is Nicodemus who alone speaks up to contest the way the Sanhedrin is violating their own rules in attempting to arrest Jesus before he has had an opportunity to speak to the charge. At great personal risk he challenges the kangaroo court of his peers while they snarl and accuse him of having a vested interest in defending Jesus. His is the only voice of reason in their frenzied attempt to indict Jesus. It does not say he is a believer. John only reminds us again he is the man who visited Jesus. He is a good man. An influential man. He is even a courageous man.

The final time we encounter Nicodemus is after the crucifixion of Jesus. Along with another wealthy and influential man, Joseph of Arimathea, the two of them remove Jesus from the cross. “Later, Joseph of Arimathea asked Pilate for the body of Jesus. Now Joseph was a disciple of Jesus, but secretly because he feared the Jewish leaders. With Pilate’s permission, he came and took the body away. He was accompanied by Nicodemus, the man who earlier had visited Jesus at night. Nicodemus brought a mixture of myrrh and aloes, about seventy-five pounds. Taking Jesus’ body, the two of them wrapped it, with the spices, in strips of linen.”

No mention that he is a disciple. Not described as a believer but he alone is with Joseph to lift Jesus off the cross. Yet, he is still defined only as the man who had visited Jesus at night long ago. I suppose that became the way the early church thought of Nicodemus ever after. I wish John would have written instead, “The man who stood alone and defended Jesus to his enemies or the man who at great personal risk took him down from the cross and paid out of his own pocket for the expensive myrrh and aloes for burying him with honor.” Maybe what John wanted us to remember is it was Nicodemus who early on recognized Jesus as coming from God. He was not a traitor like Judas, He was not a denier like Peter. He was not a doubter like Thomas. He did not run naked from the garden like Mark. He was simply the man who had visited Jesus.  We do know that all of the apostles except John were martyred and that many of the disciples were later persecuted and killed by Saul and the leaders. Nicodemus would have been well known by Saul and it’s not unlikely that Saul would have had a special hatred for him as he did for others who were believers. It may be that Nicodemus was one of those who lost their lives in the early persecutions or lived the rest of his life as defined as the man who visited Jesus at night. A person could be known for worse..but still it’s not very satisfying.

We do know this. We know how Jesus ultimately responded to the faint-hearted, the dubious, the deniers and those who failed him. He walked alongside the disappointed disciples leaving Jerusalem on the road to Emmaus until they turned around. He appeared to Thomas with indisputable proof. He made the fisherman Peter the shepherd of the sheep. John Mark ended his life as a martyr and the patron saint of Venice. I cannot help but believe that Nicodemus came to faith as well and the man who came to Jesus at night was miraculously born again and entered into the kingdom of heaven. Or, to paraphrase Paul Simon, “Maybe I’ve a reason to believe Nicodemus was received into Graceland.”