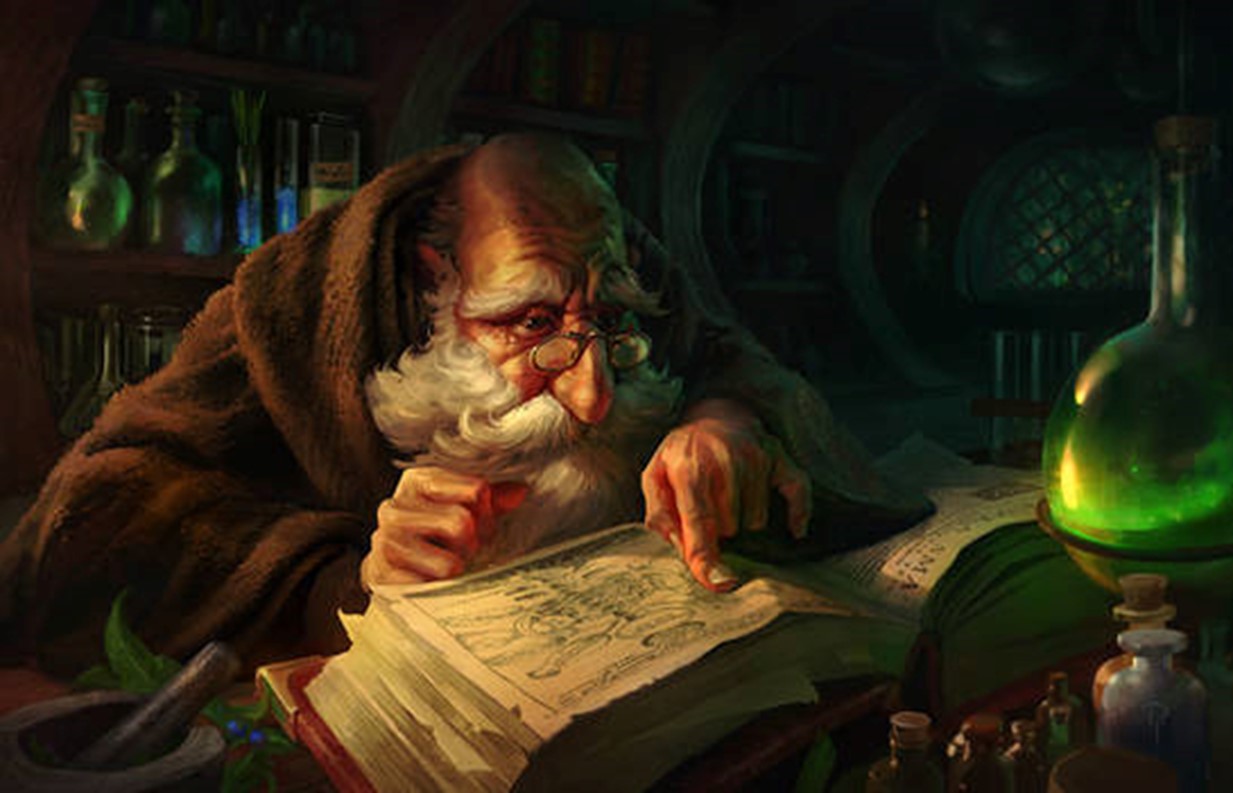 “And the Lord God said, ‘The man has now become like one of us, knowing good and evil. He must not be allowed to reach out his hand and take also from the tree of life and eat, and live forever.’ So the Lord God banished him from the Garden of Eden to work the ground from which he had been taken. After he drove the man out, he placed on the east side of the Garden of Eden cherubim and a flaming sword flashing back and forth to guard the way to the tree of life.”

Like many, I grew up reading tales populated with wizards, dark forests, fantasy and magic. There is something in us that is drawn to magic, spells and secret powers, isn’t there? Think of Merlin, Gandalf and Dumbledore. In fact, almost all the literature I remember as a child was filled with the assumption that the world is an enchanted place with wizards performing superhuman feats.

But there was always another figure alongside the wizards and magicians. It was the alchemist who I pictured as an old man hunched in the gloom by the light of a single candle with flowing beard and embroidered robes poring over his ancient books and bubbling pots looking for the secret of turning lead into gold. This was no mere magician but a man on a quest for a secret that would make him rich and powerful. The quest of the alchemist was not only turning something common into what was most pure but something far more elusive and fundamental: The defeat of death and decay by creating an elixir that would extend life indefinitely.

We are living in a new age of alchemy but it is not one of flowing beards, embroidered robes and boiling pots. It is one of hoodies, biotech and algorithms. These Palo Alto alchemists have already turned something common (silicon and data) into riches and now they are funding the discovery of the eternal elixir and reversing the curse.

Peter Thiel is the co-founder of PayPal and an early investor in Facebook. A complicated figure, his passion is to defeat death – to find what the first generation of alchemists searched for with no success. Disturbed by an early experience with death, Peter is determined to rid the world of it.

George Packer wrote in The New Yorker, “Even in adulthood, he hasn’t made his peace with death, or what he calls ‘the ideology of the inevitability of the death of every individual.’ For millions of people, Thiel believes, accepting mortality really means ignoring it – the complacency of the mob. He sees death as a problem to be solved, and the sooner the better. Given the current state of medical research, he expects to live 120 years – a sorry compromise, given the grand possibilities of life extension.”

Several of his friends, like Larry Ellison at Oracle and Sergey Brin at Google have joined him in investing millions in research. Ellison has donated more than $430 million to anti-aging research; Sergey Brin and Larry Page have invested $750 million to launch Calico whose goal is to cure aging. Ariana Cha reported in The Washington Post, “The work they are funding includes hunting for the secrets of living organisms with insanely long lives, engineering microscopic nanobots that can fix your body from the inside out, figuring out how to reprogram the DNA you were born with, and exploring ways to digitize your brain based on the theory that your mind could live long after your body expires.”

As I read the articles I thought back to Professor Weston in Perelandra and his gradual descent into what C.S. Lewis called the “Unman.” His desire to be superhuman had taken him in the opposite direction entirely and in the end his humanity disappeared completely. As Weston says, “The majestic spectacle of this blind, inarticulate purposiveness thrusting its way upward and ever upward in an endless unity of differentiated achievements towards an ever-increasing complexity of organization, towards spontaneity and spirituality, swept away all my old conception of a duty to Man as such. Man in himself is nothing. The forward movements of Life – the growing spirituality is everything…To spread spirituality, not to spread the human race, is henceforth my mission.”

Peter Thiel, Sergey Brin, Larry Ellison and many others are these new alchemists and, like alchemy of old, perhaps it will end in the creation of something good just as the delusion of alchemy created the disciplines and foundations of modern science. Perhaps that will be the way the story ends ­– but I do wonder. I think this forest is deeper and darker than anything we have seen in our lives.

As Proverbs says, “There is a way that appears to be right, but in the end it leads to death.” Extending life – especially a good life – is a blessing. I could even agree with Peter Thiel’s argument that, “If you did this, you might start working on some great projects you might otherwise not have attempted because you didn’t think you’d finish.”

But the pride that drives the defeat of death itself is nothing more, in the end, than the desire to slip past the flashing sword and be like God.